Preparing your fishing gear for the start of the season

A box containing fishing lures and accessories is like a treasure chest. It holds a host of shiny, colorful offerings. As you accumulate lures of all kinds, your tackle box or bag becomes more and more valuable, as if it were a real booty.

Many enthusiasts left their gear in a corner after their last fall outing. They had good intentions and really wanted to take care of it later. Unfortunately, in many cases, they will not look at it again until a few weeks before the new season. Some of them will then have nasty surprises that they could have easily avoided.

No matter what condition your stuff is in, it's time for a spring cleaning.

Although it may seem daunting, if you have a large storage box, you should completely empty it. Place all the contents in a certain order on a table or workbench. This will save you a lot of trouble and make it easier to put everything back in place.

Start the big cleanup by using the vacuum cleaner. This will allow you to remove any detritus and dust that may have accumulated in the bottom of the compartments or trays of the carrying bag.

The next step is to use that proverbial cow brand baking soda to wash all internal and external components from top to bottom. This environmentally friendly, odorless product is an effective replacement for all those expensive, commercially made potions. Sprinkle small amounts directly into the compartments and then scrub with a damp cloth. The wonderful thing about baking soda is that it removes dirt, stains, and greasy residue without scratching even the most delicate surfaces. Rinse with water and wipe clean. If unpleasant odors persist, you can apply an odor eliminator such as NokOut and let dry.

When lures are purchased, they display colors, coats, and finishes worthy of true works of art. They’re carefully placed in the various compartments while waiting to be put to the test during future fishing trips.

Many years ago, I had the pleasure of fishing with a buddy of mine. I remember he had a large hard plastic tackle box. When he opened it, I was very surprised to see that he had placed his lures very carefully. He had cut up paper towels so that he could insert them into the bottom of the compartments of the box. These paper towels had two functions: to absorb moisture and to cushion vibrations like protective pads. Also, all of his jigs were in their original boxes. This means that there was only one lure per storage compartment. They were all really well protected, but it took a huge box to carry only a small number of them!

Most anglers pack four or five lures per box, or even more, to maximize storage space. However, when heading to a fishing site in a motor vehicle, one often encounters unpleasant road conditions. The gear is then subjected to all kinds of jolts. Now imagine driving on a gravel road with a phenomenal number of potholes and furrows. Think of all the vibrations your equipment can endure and how much the lures can clash and rub against each other. Their finish is ruined and premature wear and tear is inevitable. What a nightmare! New lures that have not been used or have been used very little will inevitably look like old artificial bait. The same kind of shake up occurs when you're out on the water in a boat and there are waves. We must therefore do our best to protect everything, even if it means limiting the number of lures we lug on our excursions.

The first step is to wash all metal lures using a damp sponge sprinkled with baking soda. This procedure will clean the surfaces, revive the finish, and restore the shine to your artificial bait. Rinse and dry completely afterwards.

Repetitive clashing and friction unfortunately causes micro-scratches of all kinds. All the metal surfaces of your lures as well as the hooks are then likely to rust in the long term. You must therefore separate from the lot all those that could spread the rust to the other "inhabitants" of the same box. When it comes to split rings, single hooks, and tripods, don't hesitate to change them right away. Choose accessories of the same quality and size.

If you see rust on any of your spoons, take some very fine steel wool and rub them to remove all traces. Depending on your skills, inspiration, or motivation, you can apply a thin layer of rust inhibiting primer and then repaint them or apply colored adhesive strips. If you don't want to refurbish your damaged lures, give them to a young angler who’ll certainly be happy to give them a second life.

These near-perfect minnow imitations will reveal and display all their charms as long as their coat is not altered by wear. Moreover, if the lure is made of wood, micro cracks may let water penetrate under the varnish, which could make it swell and crack.

There's little you can do to revive your plugs. If you're skilled, you can apply a thin coat of lacquer to give them a shiny finish. If the tripods are rusty, replace them with new ones of the same size so the lure's swimming action is not unbalanced.

These are low maintenance lures. However, take a few moments to free the grommets of any paint if they’re clogged. This will save you precious minutes next summer. Also be sure to remove any rubber bodies that have crept on top of painted heads, as over time a reaction occurs that damages the paint and could ruin your tackle box.

Be sure to untangle all the different colored rubber lures, especially the chartreuse and pumpkin ones, so they don't discolour each other. To minimize the space they take up, place them in small Ziploc bags.

Some poor quality rubber skirts tend to dry out over time. This makes your spinnerbaits, top-water lures, and other artificial bait much less attractive to fish. Remove, discard, and replace them.

Don't miss this opportunity to clean them and, most importantly, to put them in their proper place. Unhook all swivels on your lures and put them in order. It's also a good idea to cut off any bits of line that may be attached to your lures and dispose of them.

For all types of lures, it's imperative to check that the hooks are sharp. To do this, simply slide the tip over one of your fingernails while applying light pressure. If the tip stops and gives a direct poke, it’s sharp. If it doesn't and scratches the surface of your nail, you should definitely use a file and sharpen it. Put in the time because this operation will help you catch a lot more fish.

While all your lures are laid out and in plain view, take pictures. You can give them to your insurer as proof of the contents of your box. Also, take an inventory to go with the pictures and use it to make a list of what’s missing for the season ahead.

Aside from UV rays, weathering, and natural wear and tear during fishing, it's moisture that most affects monofilament and copolymers that have been sitting in your tackle box for months. Chances are they won't perform as well as they used to.

It should not be forgotten that all leaders also inevitably lose much of their effectiveness. You can't keep them forever, because the monofilament used to connect the hook also loses a large percentage of its positive qualities over time. You can cut the leaders and reattach them with new line or simply buy new ones.

Does the wait for your next fishing trip seem endless? If so, take a break to pamper your gear. All the care you give it will help you enjoy the fishing season that awaits you even more than ever before. 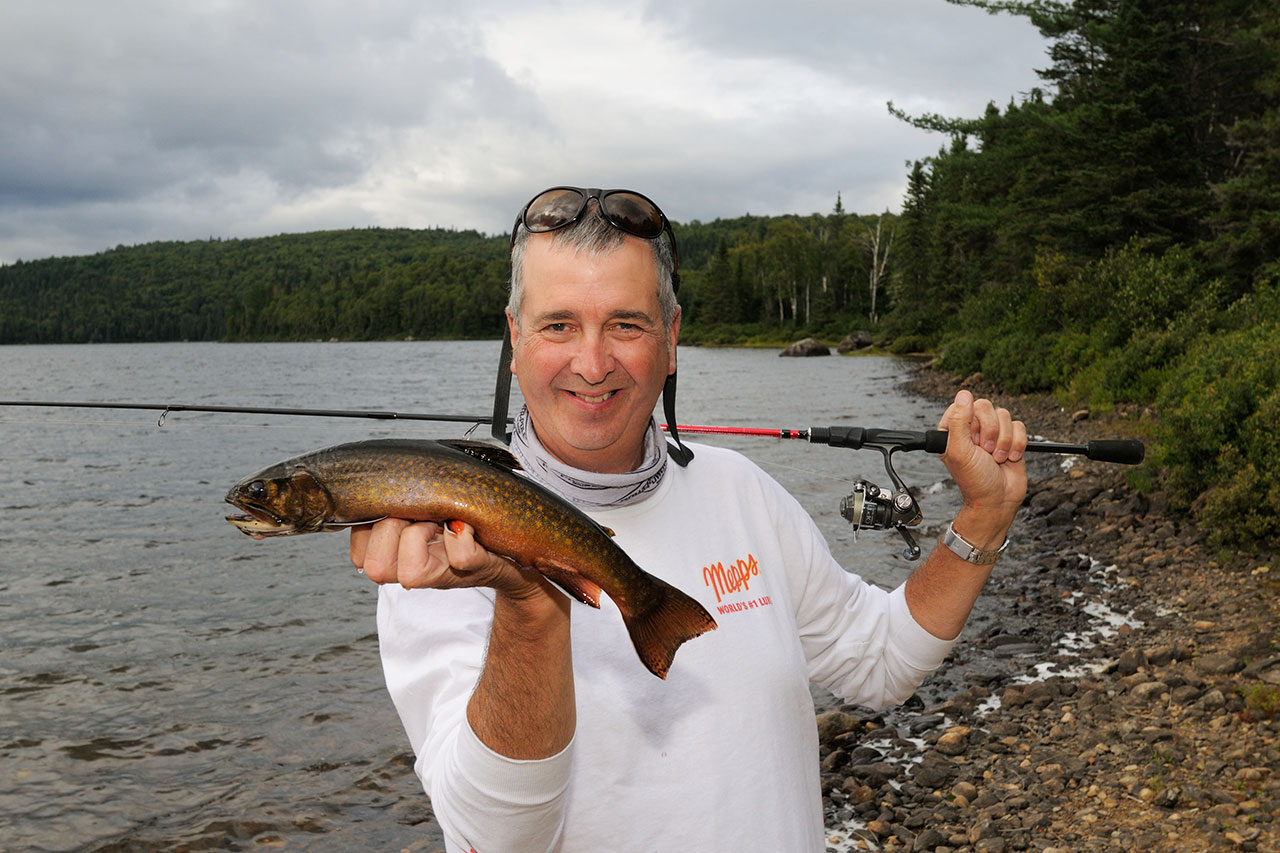