Corinne Gariépy welcomes us into the backroom of a veritable Ali Baba's cave of hunting equipment. Owner of a hunting and fishing store in the Laurentides, she took over from her father, Maurice Gariépy, founder of the store, in 2009. 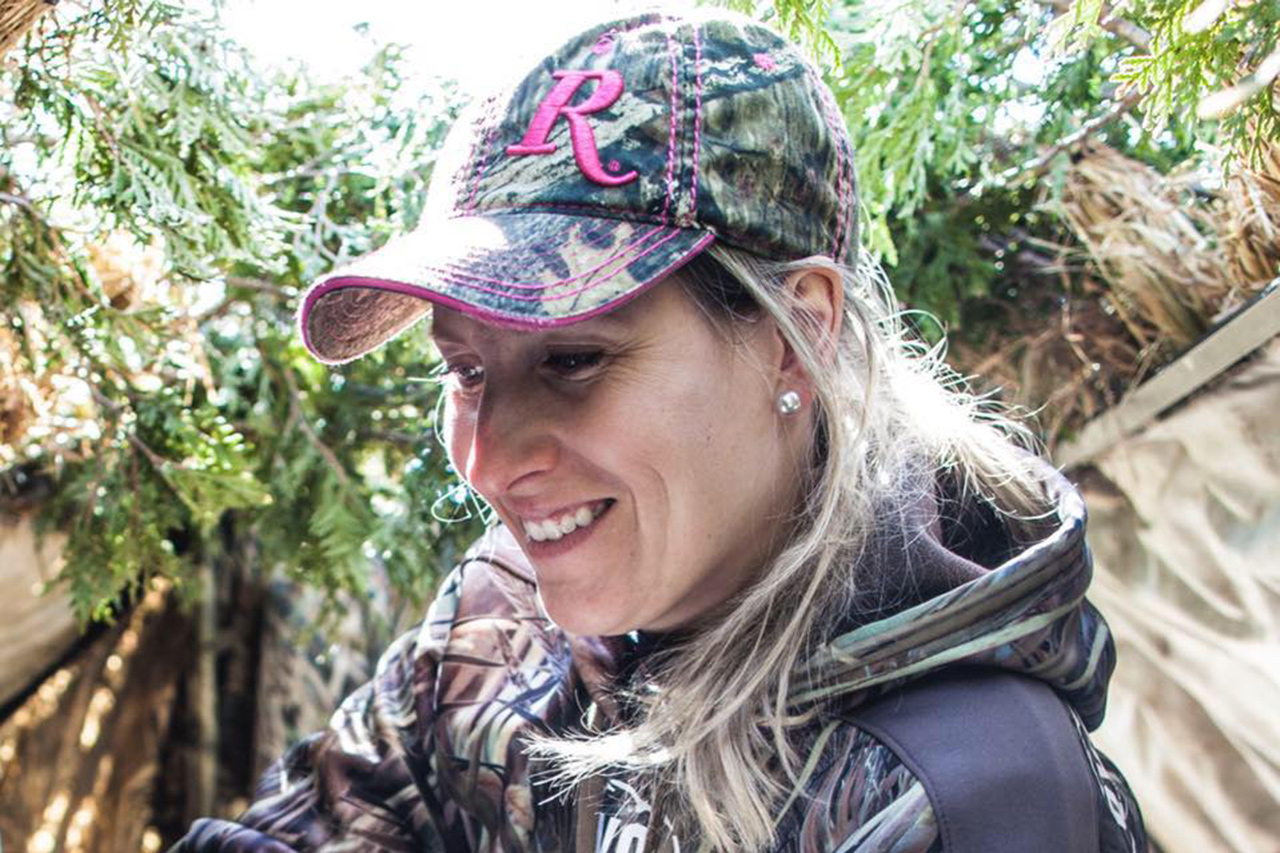 So she was "propelled into the world of hunting when she was a little kid." At 14, she slew her first bear with an arrow. She was still a teenager when she killed her first deer 25 years ago. "Hunting is my life!" Since then, she has become an authority on the world of hunting and fishing and enthusiastically shares her passion.

"Deer are distinguished by their intelligence," she points out, "and they demonstrate an immense ability to avoid situations where they’re vulnerable. As with all big game, the key is to know the animal you’re hunting," she says. “So you have to know its biology, its eating habits, and its behavior during the rut."

In practical terms, this allows us to understand why, at a given moment, a deer passes by a given place. Whether you're stalking in a stand or still-hunting – the latter is "not impossible, but very difficult for deer" – you have to anticipate their movements. For this reason, "the surveillance camera is becoming more and more indispensable, especially if you hunt in a stand."

This is how you can document their movements and not hesitate to change the position of a lookout accordingly.

"Let’s say we've seen some impressive tracks and we think that we’re after a big male. If the camera shows us it's a female with two calves, we may spend less time in that area and change our strategy."

... who can make mistakes in rutting season

"Our big chance for success is when hunting bucks during rutting season. At the peak of the rut, the males make mistakes." Busy horning (rubbing) or scratching the ground, the deer loses some of its usual vigilance. Rivalry between bucks also develops, making them quick to move to confront a rival. And when the rut is in full swing, as fall progresses, the bucks follow the does, ignoring signs that would otherwise keep them on their toes.

"During this period, the males don't see clearly. A mature buck that’s convinced there’s a female nearby will move along nose to the ground and, for him, nothing else matters. These circumstances dictate the use of lures and calls," says Corinne. They’re a must."

"You have to do some stage managing." A female's bleat and then a male's grunt (burp) are likely to interest a male. "If you make a buck call, you want to create competition. Stage managing is the order of the day. You want to clash horns, artificial or not, and create a little play!"

But be careful: if a deer is in sight or close by and you’re in a blind, this is not the time to draw attention to yourself: "Mum’s the word!” Making stimulating noises is in order when you want to draw a buck in from a little further away.

For Corinne, olfactory lures, such as synthetic urine, are less of a priority. "You either like them or you don't," she says.

Since she hunts mainly by stalking, Corinne prefers to use carrots and apples (at a respectable distance from the blind). She also practices a less common technique, the feeder field. This consists of seeding a portion of a field near the edge of the woods with plants prized by the deer, such as clover or brassica. However, she concedes, it's not an option for everyone: "You need access to a suitable field and to actually work the land. It takes machinery. You have to remove the rocks, plant, put fertilizer, lime... It's a whole lot of work!”

Equipment you can’t do without

For Corinne, the most useful piece of equipment (apart from the hunting weapon, of course) is certainly not the most expensive. It's a small bulb filled with talcum powder: a slight pressure on this plastic container sends a jet of powder into the air, which, as it disperses, indicates the wind direction. "I use it all the time."

Whether stalking or still-hunting, hunters must never forget the direction of their own scent. "Smell is a deer's number one defence. If you're stalking and the wind changes direction, you’ve got to move on!"

In short, never hesitate to change your plans to obey the whims of the wind...

Whether you’re using a conventional bow or a crossbow, another essential tool, according to Corinne, is the laser rangefinder used to determine the precise distance that separates us from the game.

"Especially at the beginning of stalking, on the first day, I identify several landmarks around me: a tree, a stump, and the like." Once these points and their distance are well in mind, it’s no longer necessary to repeat the exercise every single day. But this precaution is fundamental when you want to shoot to kill, not to wound. It’s a question of results, for sure, but also of hunting ethics.

As a general rule, Corinne Gariépy does not over-equip. Her backpack is as small as possible and usually contains a deer call device, granola bars, water, gloves, and a hat. For safety, she always brings a whistle and lighter. For women, a portable urinal is an item that’s increasingly in demand as women account for nearly a quarter of new hunters.

Corinne is reluctant to call hunting a sport. "I would say a way of life, rather than a sport."

And she has a front row seat to observe the rebirth of hunting in Quebec. "Hunting is back in style. With organic meat, in particular."

"Hunting is not just about shooting. It begins in the spring when you start preparing." (By the way, the best time to scout for deer is when the snow melts and the tracks from the previous year's rut are still clearly visible.)

"And it carries over to the festive season, when we cook and enjoy the game and share it!" 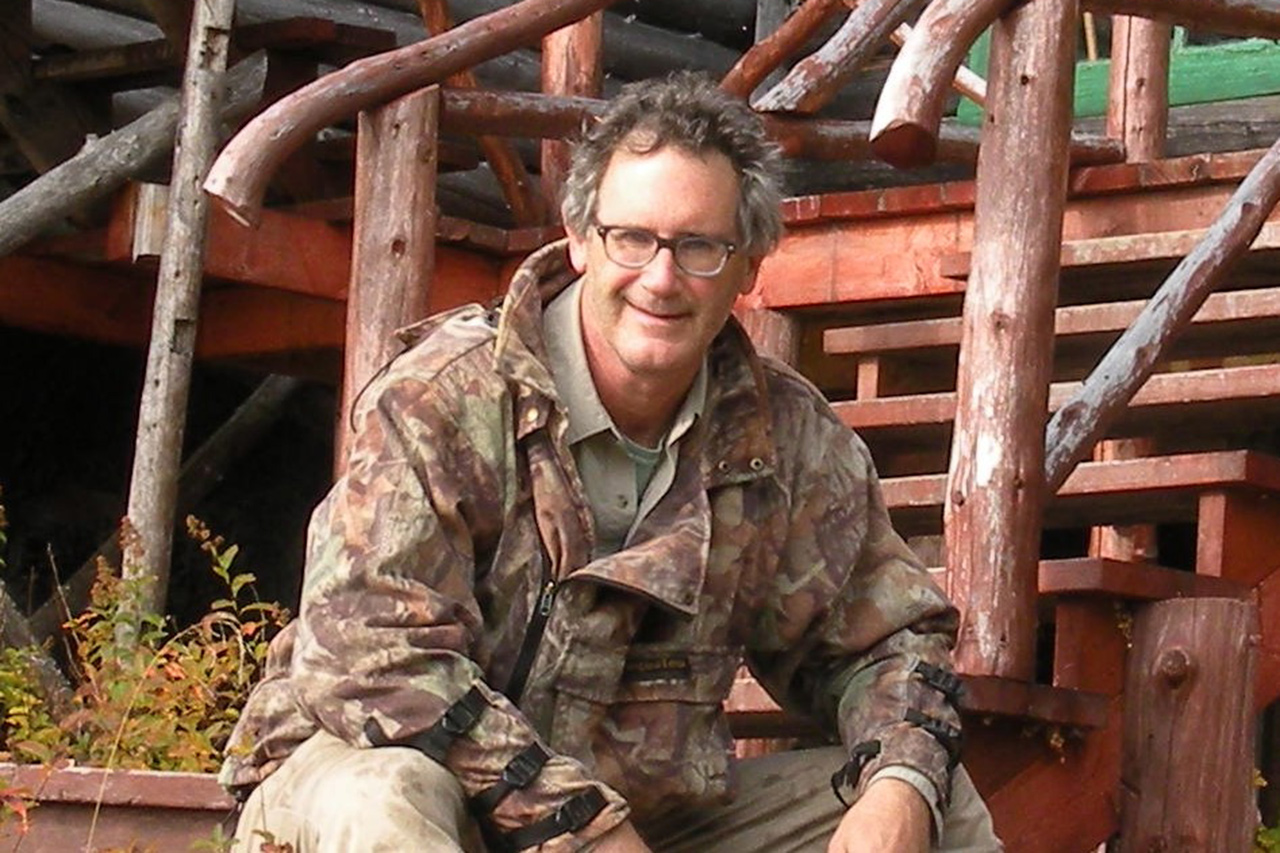 Luc Chartrand is a journalist and writer. After a busy career at L'actualité and Radio-Canada television, he devoted himself to writing, particularly on hunting and fishing. He has just published his latest book, La Grande expérience de la chasse, with Québec Amérique.