You have questions? Please read our customers’ most frequently asked questions.

You don't have a vehicle or you’re seeking a means of transportation to reach certain Sépaq destinations? No need to worry! Shuttle services or public transportation are offered by different partners who’ll bring you, among other places, to Jacques-Cartier, Gaspésie, Îles-de-Boucherville and Mont‑Tremblant national parks, to Réserve faunique de Matane, as well as to Aquarium du Québec and
Parc de la Chute-Montmorency!

If you’re setting off to discover the most beautiful natural territories from the Montréal region, there’s no shortage of possibilities!

Note that you can also go to Parc national des Îles-de-Boucherville from Longueuil thanks to Bus des îles, a service provided in collaboration with Réseau de transport de Longueuil and its partners. This shuttle will bring you from the Longueuil bus terminal directly to the park entrance, via Longueuil municipal beach. The service is offered every Saturday, Sunday and Holidays, from June 22 to September 2, 2019, and every day, from July 22 to August 2, 2019. Users are even entitled to exclusive benefits. Other means of public transportation are also available to get to the park, whether by bus or by river shuttle. For more information

Finally, if you’re staying in the Tremblant region, note that D-Tour, a local company, offers round-trip transportation from the door of your hotel to Parc national du Mont-Tremblant, and throws in your entry fee as well. Guided packages to the park are also offered by this partner. Details provided here

Outdoor enthusiasts currently have a choice between two public transportation services to travel from Quebec City to Parc national de la Jacques-Cartier without a car. The Intercar Groupe service is offered daily on Saturdays and Sundays until October 14, 2019. The Quatre Natures shuttle is available all year round. Details

If you’d rather visit one of the most popular tourist attractions of the Québec City region, please note that the Québec City public transit network, known as the RTC, offers services via different routes, to Aquarium du Québec and Parc de la Chute-Montmorency. Les Tours du Vieux-Québec also offer a shuttle service from Old Quebec to the Aquarium du Québec and the Parc de la Chute-Montmorency.

Getting to the heart of Parc national de la Gaspésie from Sainte-Anne-des-Monts is a cinch! Every summer morning at 8 a.m., a public transportation service will connect the tourist information office of this municipality to the park’s discovery and visitors centre. From there, you’ll have access to the unique territory of the park, where a host of activities await you at the heart of nature. The return to Sainte-Anne-des-Monts will be at 5 p.m. Fees are applicable. For more information

In collaboration with the MRC de La Matanie (regional county municipality administration), a summer shuttle pilot project linking the town of Matane and Réserve faunique de Matane is being offered for the 2019 tourist season. As part of the public transit service offer, the shuttle project consists of two round-trip runs daily from June 21 to August 31, 2019. In addition to regular public transit users, tourists will be able to take advantage of the new circuits without a membership card, at a cost of $5 per trip. Find out more

New this winter, several shuttle services will allow you to travel to some national parks to really enjoy the abundant snow!

In the Quebec City area, take the Quatre Natures shuttle to Parc national de la Jacques-Cartier. There are daily departures from Place d'Armes (9 a.m.) or Gare du Palais (9:10 a.m.) that will take you directly to the Discovery and Visitors Centre. Reservation required. The return is at 3 p. m.

For an outing in the Montreal area, Quatre Natures now offers winter departures - from early January to late March on weekends and during March break - to Mont-Orford, Oka, Mont-Saint-Bruno, Îles-de-Boucherville, and Yamaska national parks. The schedule and rates offered by this partner vary according to the time of year and include access to the national park of your choice. Check on the details before you leave.

To get to Parc national du Mont-Tremblant, a shuttle service offered by Bonjour Nature takes you to the Pimbina sector from Montreal. Departures are guaranteed every Friday between January 10 and March 20, 2020. Details and schedule

Also, take advantage of Communauto's services to get around Mont-Saint-Bruno and Îles-de-Boucherville national parks. By presenting the key to one of these vehicles, you’ll get a 25% discount on the rental of outdoor equipment. Also, by using the SEPAQ promotional code when joining Communauto, you’ll be entitled to a free hour of FLEX use or a $40 rebate on a Liberté or Économique package membership.

Last but not least, Boutique Courir offers a few organized winter outings to the trails of Parc national du Mont-Mégantic. Departures are from their shop or from the Longueuil metro. 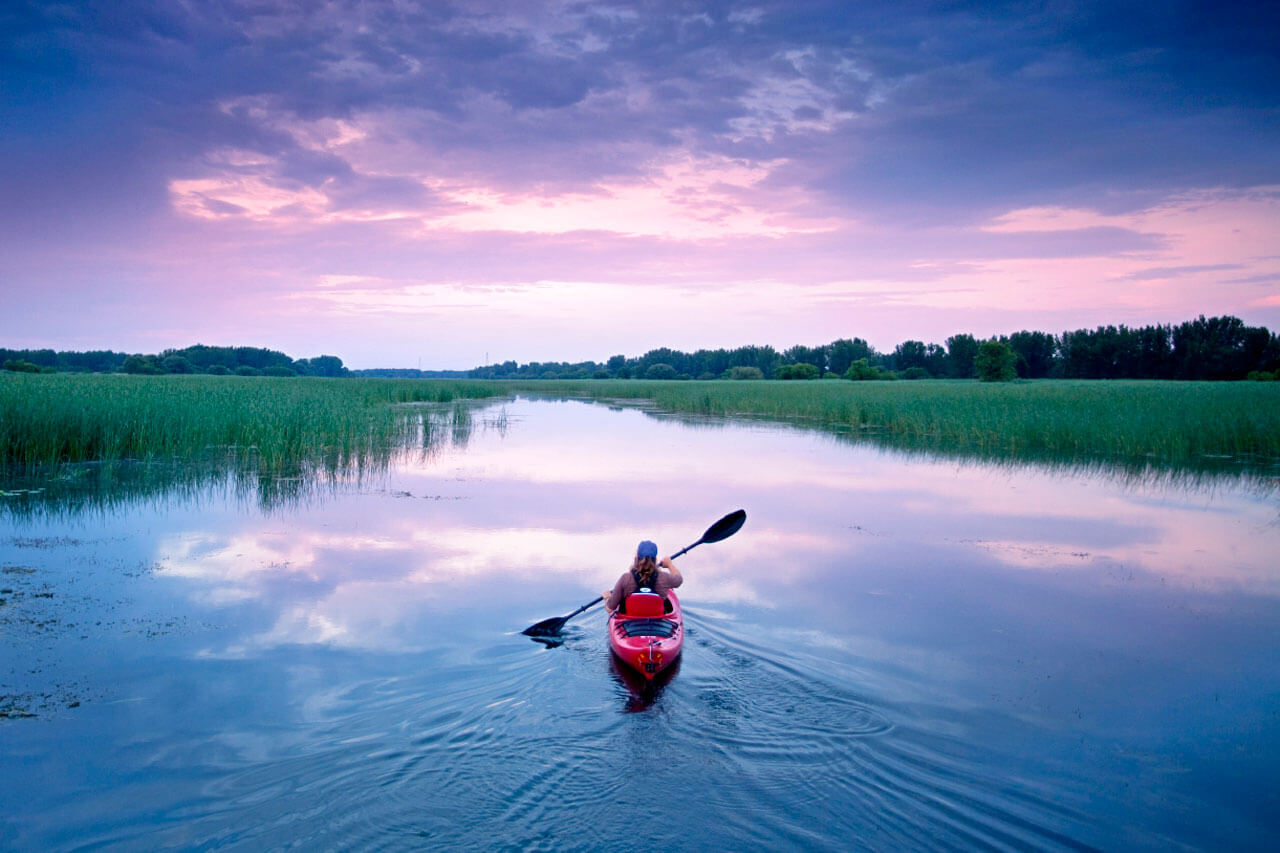 Our not-to-be-missed activities in the Montreal region 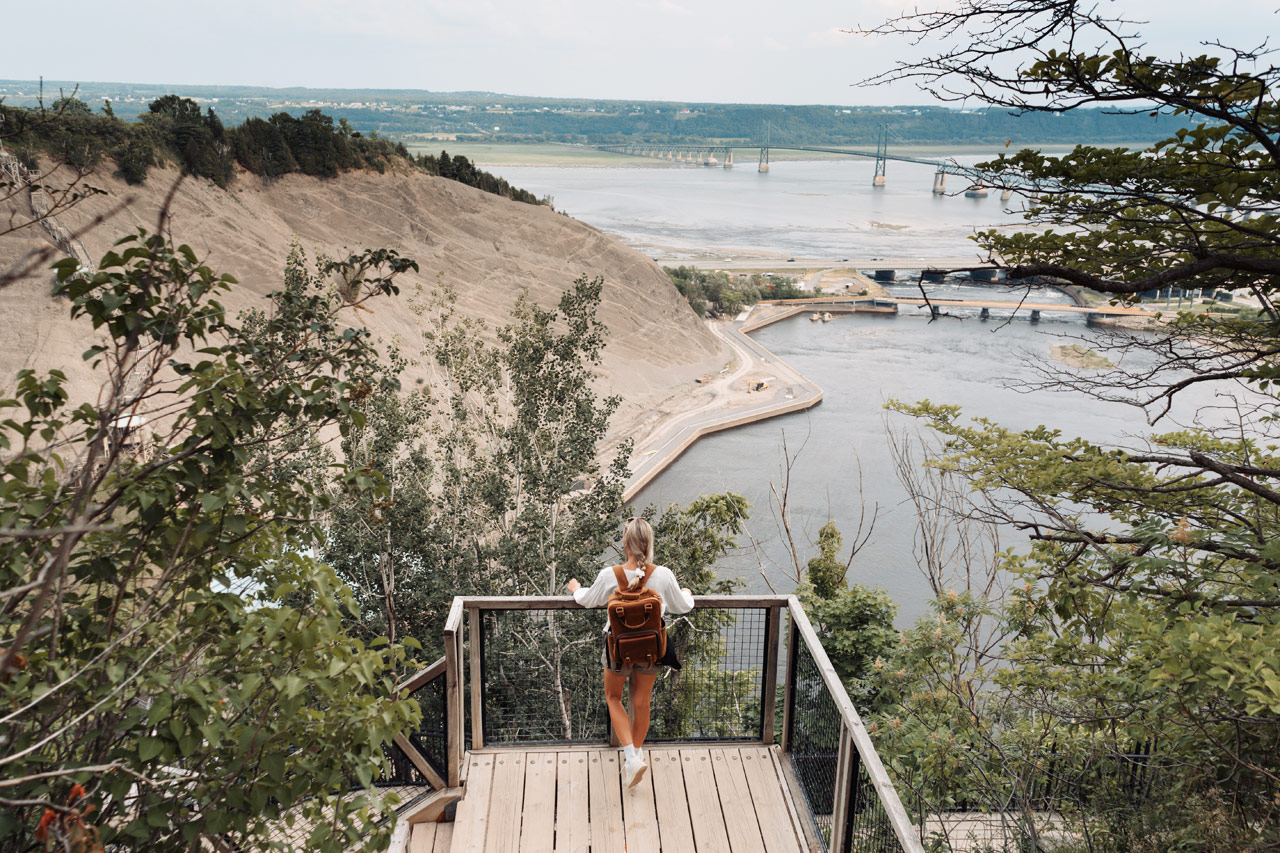 Our not-to-be-missed activities in the Quebec City region