One of my first photo sessions as a Sépaq employee was at Auberge de montagne des Chic-Chocs. I’d never been there before, but I’d hear so much about it. Except that I had no inkling as to the true nature of Auberge de montagne des Chic-Chocs or to how much I would fall in love with the place. And I couldn't guess that I would become completely obsessed by the idea of returning, again and again.

First of all, as soon as you arrive at this wonderful lodge, you’re made to feel important (even if you don't work at Sépaq). The whole team is there to extend a warm welcome when you get off the shuttle and to explain everything you need to know about your stay.

After director Guy’s friendly and funny little speech, you set off with your room key and hurry to settle in, so you can visit the superb Auberge right away. The lodge is like a big cabin that you don’t have to clean. What a delight!

One thing I noticed when arriving at my room was that keys were hanging next to the doors. WHAT! People aren’t afraid of being robbed? Absolutely not! At Auberge de montagne des Chic-Chocs, it quickly becomes clear that everyone staying at the lodge will soon become your friends.

It's so wonderful to be able to leave your key dangling freely next to your door, especially if you’re like me and you’re always losing your keys when travelling. I love it!

The room keys aren’t the only sign of what’s cool about the place. We can also go to breakfast in our pyjamas! Worrying about how you look is out of the question at Auberge de montagne des Chic-Chocs. We’re with family here. Everybody has come to relax and enjoy the outdoors, so if you want to head out at 7 a.m. with your phentex slippers, no problem, be our guests!

Did you say you wanted to see moose?

As soon as you arrive at the Auberge, the guides offer you an activity. We wanted to see moose! So we set off on an adventure in the mountains. Our head guide, Pierre, knew the sector like the back of his hand, so we were very well looked after. After a few minutes in the woods, Pierre heard some noise (which, of course, only a guide can hear). He let us know we should stay put and then he set off to find the beast. His objective was to divert the trajectory of the moose so it would approach us. Perfect, we're ready!

After waiting a little while, we saw not one but two big moose approaching us very quickly. A little too quickly for our taste, I must admit. I have to tell you that we had dreamed of this moment, but not from this close up! We speedily got out of their path, crouching down to let them through. Not without a healthy dose of anxiety mind you (a pair of moose makes quite an impression!), we were then ready for them to come our way.

I didn’t know Ariane, the extra who participated in the shooting. But when the two moose stopped to look at us, we became the best friends in the world, holding each other’s hand and pinching ourselves, as the show was that incredible.

Let's just say that it's a story I’ve often told. It was absolutely surreal.

But that wasn’t all... As we were wining and dining that evening, Guy (the director) signalled to us to head outside in silence. Pure magic was awaiting us. A moose was licking salt blocks with the pink sunset as a backdrop. An image I’ll never forget!

Nature lovers, you'll fall under the spell of the Gaspésie mountains. They’re everywhere, and there’s something in store for everyone. The scenery around the Auberge is simply splendid. Whether you set off for a few hours, a half-day, or a full day, there's always something spectacular awaiting you. And for those who don’t have a good sense of direction, like me, a guide is always there to set you on the right path and help you discover the most beautiful spots of the Chic-Chocs. As a bonus, the guides are a really friendly bunch!

After your day outside, or inside (if you decided to relax on your balcony or in the spa while admiring the breathtaking view), there’s always happy hour to look forward to. It’s a special moment when you can recount everything you saw, did, and accomplished during your day, and a time to treat yourself to a well-deserved tasty beverage! For my part, I love to play outside, but I also love happy hour. Pure bliss!

To conclude, let’s talk about food

Moving on to another love of my life… food!

When it comes to culinary pleasures, you’ll be well taken care of at Auberge de montagne des Chic-Chocs. Whether we’re talking about a lunch that you take along with you while hiking – always accompanied by the Auberge’s famous granola bar (delish!) – or the hearty dinner awaiting you after a great day, everything is simply scrumptious.

Dinner is another perfect moment to reminisce about your wonderful day and to take the time to share it. I can tell you that other Auberge guests have heard our moose story more than once! And as the evening progressed, in our story (and also in our heads surely) the moose had come so close that we could feel its breath. You know, like fishing stories!

Auberge de montagne des Chic-Chocs is all of that. It’s a ton of lasting memories, lovely human and animal encounters, a contact with the beauty of our very own Québec mountains, and sheer happiness.

When did you say we were going back? 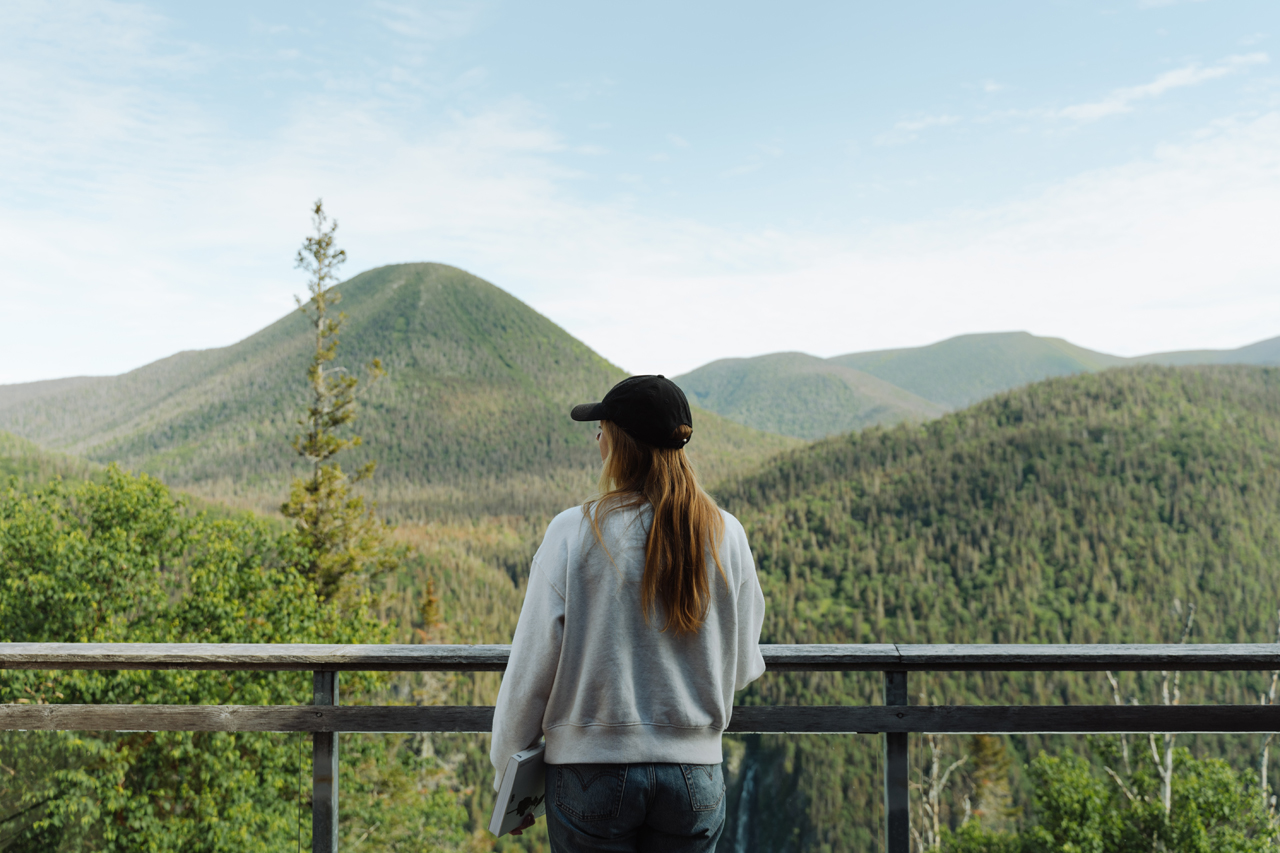 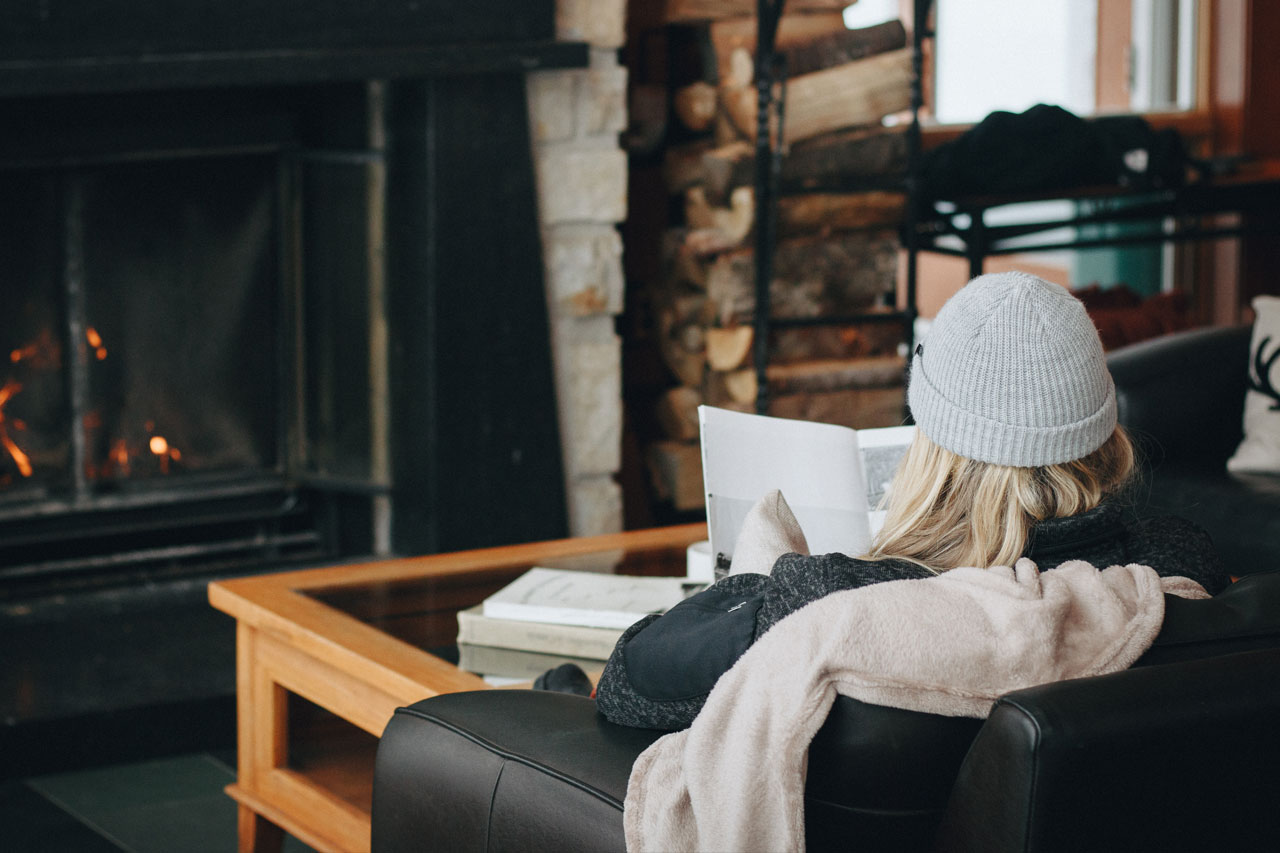 5 wonderlands for the great romantics