“I'd like to see a loon, a Great Blue Heron, a deer, even a moose!” A sentiment shared by so many curious travellers… Even if this dream doesn't always come true, nature enthusiasts will nevertheless be enchanted by the natural setting of Québec’s national parks, where encounters with wildlife are commonplace.

Keep your eyes peeled! You'll uncover traces that reveal the discreet presence of many animals. At any time, you might come across a hare, spot a loonie, or surprise a deer. Be aware, however, that it's very important to remain on the trails in order to preserve the natural environment and ensure your safety. In addition, in the presence of an animal, it's recommended to stop moving and remain silent so as to take full advantage of this moment of observation.

To increase the likelihood of such encounters, here are some destinations that are guaranteed to satisfy your curiosity.

Parc national de l'Île-Bonaventure-et-du-Rocher-Percé is truly a must for bird enthusiasts! Île Bonaventure serves as a refuge for the colony of 110,000 Northern Gannets residing within the park. The island location protects the seabird colony from a number of predators, thus ensuring its survival and safety, and the nearby Gulf of St. Lawrence provides a ready source of food. The best part of all this? Visitors have a close-up opportunity to admire these magnificent seabirds who come here to breed.

Further south in Québec, Parc national de Frontenac also proves to be a great destination for amateur ornithologists. The diversity of habitats in the park is quite impressive indeed, thus making it possible to meet more than 200 species of birds from 42 different families. Among these species, there’s the Great Blue Heron, the park's emblematic bird due to its impressive nesting site. A very special encounter you simply won’t want to miss!

Come one, come all! Let yourself be charmed by the chirping of the birds and head off on an ornithological excursion to one of our destinations for winged fauna watching at its finest!

Beautiful encounters on the water

Québec has the good fortune to be crossed by the St. Lawrence River, one of the most magnificent bodies of water on the planet. This navigable waterway is also the meeting point for a number of fascinating mammal species.

First off, there’s the common seal, the pride and joy of Parc national du Bic. In summer and early fall, seal watching is undoubtedly one of the park’s major attractions. Two seal species share the park’s rookeries. The park’s emblematic animal, the common seal, can be found on the estuary all year round, while the gray seal joins it toward mid-July. The possibility of observing seals from the shoreline makes the experience accessible to all, while seal-watching sessions with a park warden and naturalist provide a great opportunity to learn more about how they live.

On the other side of the river, in Baie-Sainte-Marguerite sector of Parc national du Fjord-du-Saguenay, it's the beluga that steals the show. This small white whale is regularly seen at the mouth of the river, and La Halte du Béluga observation deck is the ideal place to observe schools often made up of both calves and adults. If conditions are favourable and belugas are on hand, be sure to listen up as you may have the pleasure and surprise of hearing them sound off.

And don't forget the immense pleasure of hearing the powerful blow of a whale’s breath and of seeing this magnificent animal appear on the surface of the water. Aboard a boat on the Fjord du Saguenay estuary or during an excursion to the shores of Saguenay-St. Lawrence Marine Park, you can watch the fascinating show this marine animal puts on, while seeing or hearing rorqual whales and porpoises along with the belugas. From Baie-Sainte-Catherine to Escoumins, via Sacré-Cœur, there are all sorts of places with great surprises in store for you!

The kings of the territory

Wonderful encounters can also occur on dry land, where the biggest stars of our forests chill out. First you can meet the beaver, Canada's national animal emblem, to be seen at a number of Sépaq destinations, but particularly at Parc national de Plaisance in Outaouais. This territory hosts a bevy of beaver families that are more easily observable at dusk. Near waterways, you can check out this large rodent’s lodge, as well as many other ways that beavers have left their mark.

Then it’s time for a stopover at Parc national d’Anticosti, an island where deer reign supreme! In the village of Port-Menier, you'll have the chance to get up close and personal with these critters. Anticosti boasts the highest concentration of deer in eastern North America, all descendants of the 220 white-tailed deer introduced on the island in 1896. Its isolation from the continent protects Anticosti deer from diseases, and its particular geographical location differentiates them in a number of ways from their counterparts on the continent. Don’t hesitate! Treat yourself to this privileged contact with nature!

Looking for the ultimate encounter? Parc national de la Gaspésie, more specifically the Mont Ernest-Laforce sector, offers you a great opportunity to see the location’s superstar, the moose, roaming the territory on its spindly legs. During the summer, it's not uncommon to spot the biggest cervid in the world. Moose frequent ponds and lakes where they eat, among other things, aquatic plants. Heading toward Mont Ernest-Laforce, a short trail will lead you to the preferred habitat of our resident moose. This hardwood forest, consisting mainly of birch trees, young fir trees, and various shrubs, provides our friends with abundant food.

Réserve faunique de Matane offers a variety of activities to observe the moose in its natural habitat. This is probably your best chance to see this animal in all its splendor.

In Réserve faunique des Laurentides, the black bear is the star. During an activity supervised by an experienced guide-interpreter who is very familiar with this imposing mammal, learn more about this fascinating creature in total safety. 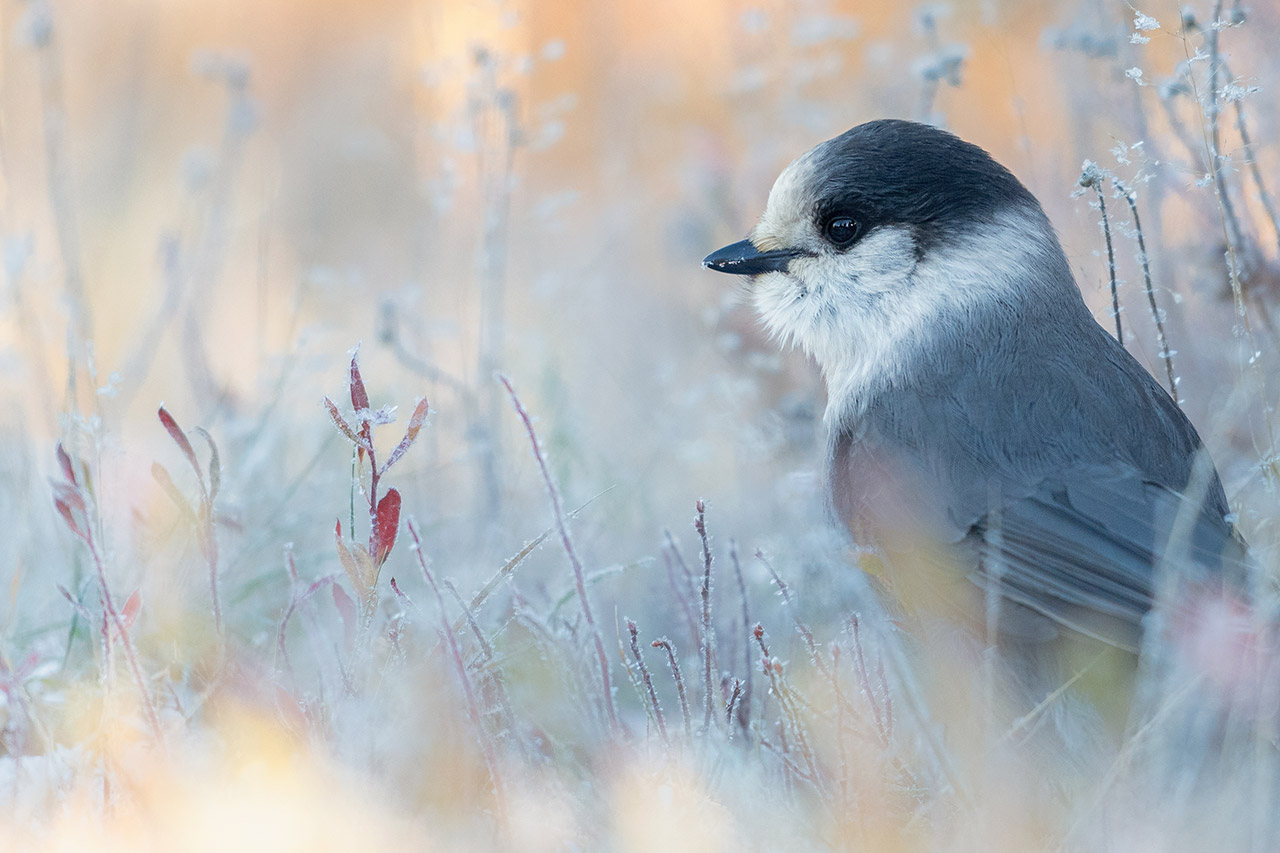 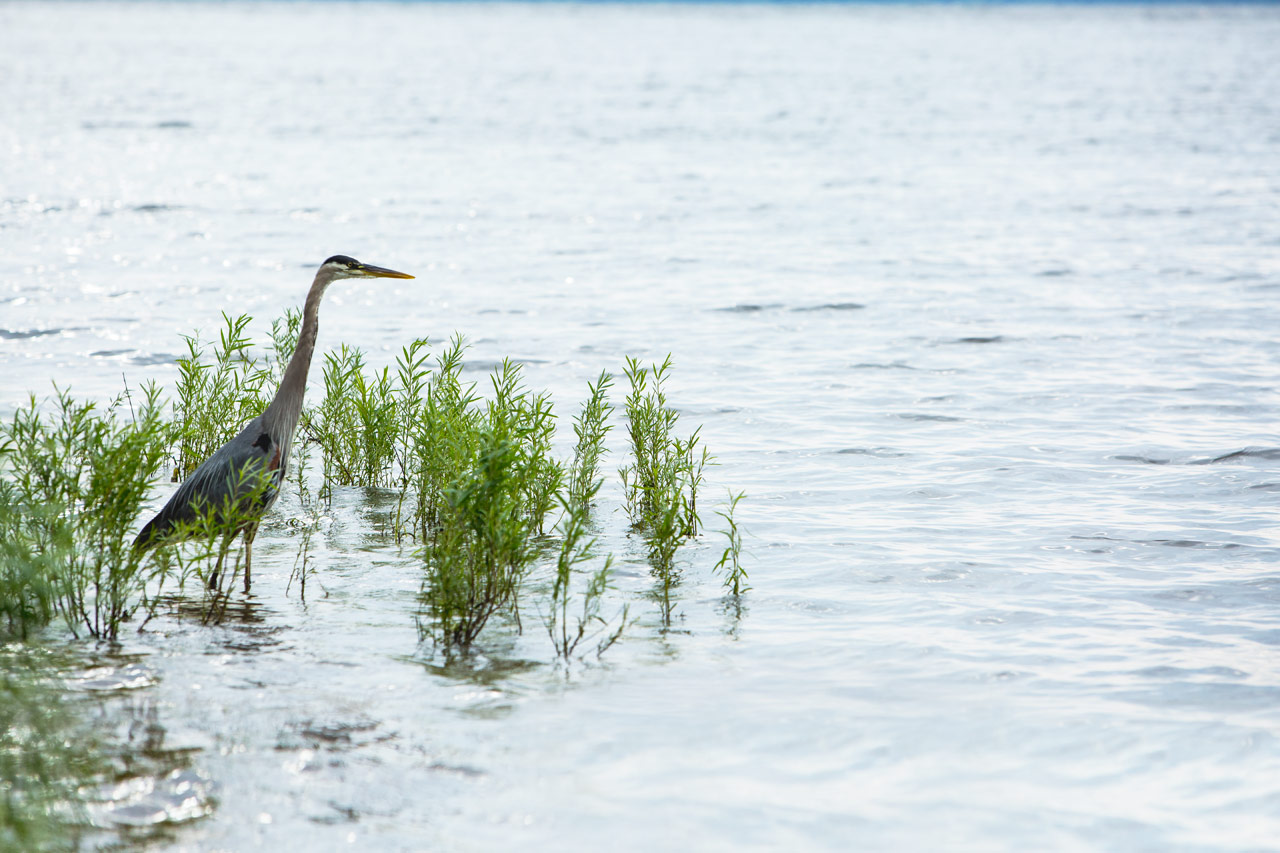