The most beautiful destinations to explore by bike

Keep on pedaling and a series of breathtaking landscapes will unveil themselves before your very eyes! Whether they’re located on the Route verte or along paved or forest paths, Sépaq destinations welcome two-wheeled sport enthusiasts with more than 700 km of bike circuits across the entire province. Our paths are open to one and all! You're sure to find the level of challenge that suits you best for an outing you’ll never forget. And less seasoned cyclists will be delighted to learn that bikes can be rented at most of our destinations. What’s more, they’re free of charge for children 17 years and under in the company of their family!

Here are some bike path suggestions that are guaranteed to delight you.

Something new! Mountain biking is making its appearance in the park this summer. Travel our five new trails, crisscrossing several types of forest environments. You’ll be charmed by this new experience! Mountain bike rental available onsite. Also, the new La Cavalière bike path will now connect the Lac-Stukely and Lac-Fraser sectors. From now on, you can cycle between Le Cerisier Discovery and Visitors Centre and Opeongo Visitors Centre. The 10.6 km (one way) easy-level trail will enchant you with the beauty of the forest it crosses. Ideal for families!

Treat yourself to a bike ride… in the middle of the river! Cyclists will discover the most beautiful attractions of the park across a network of 21 km of bike paths. The relatively flat terrain is definitely family friendly. Enjoy the picnic areas and magnificent lookouts on your very own voyage of discovery.

The bike paths of this outdoor and vacation resort will delight mountain-biking enthusiasts. In fact, even the centre’s 8 km of hiking trails are mountain-bike accessible! In addition, the region offers many other cycling opportunities. Among them, there’s the famous Véloroute des Bleuets (blueberry bike expressway), which loops around Lac Saint-Jean (256 km of circuits, accessible to one and all).

The largest and oldest national park in Quebec offers 8 circuits that add up to 124 km of trails. Since the 2016 season, there are multi-purpose trails for cycling and hiking in each of our 3 sectors. Featuring gentle slopes, gorgeous views and peace and quiet, they’re perfect for family outings!

Set off on the Grand Tour! During your 19-km spin around Réservoir Choinière, the park will unveil a forest valley typical of the Appalachian Lowlands. A number of lookouts and rest stops punctuate the circuit. Want to go a little further? Well, you’ll be delighted to learn that the park’s paths are part of a regional network stretching more than 250 km.

What if you reached your destination by bike? Linked with the Corridor des Cheminots leading all the way to Québec City, the 68 km long Jacques-Cartier-Portneuf bike path is only a few spins of a wheel from Duchesnay. You’ll just have to stop for a bite to eat, to enjoy the many organized activities, or even to spend the night. And you won’t have to look far and wide for a great ride! Chemin de la liseuse path awaits you, offering a 13-km explore along Rivière Jacques-Cartier.

Would you like to bike along the shores of Lac Saint-Jean? What more could you ask for? The park’s 45-km cycling network includes 16 km of paths linked to Véloroute des Bleuets, the famous blueberry circuit. In addition to hugging Lac Saint-Jean and Rivière Péribonka, our cycling route crosses a massive peat bog and loops all around the peninsula by way of Lac Askeen and Pointe Chevrette. The paths are ideal for families because they have very few slopes. So are you ready to set off on your bike?

Parc national du Lac-Témiscouata is also sure to delight biking enthusiasts thanks to the addition of a new river shuttle that will allow cyclists to complete a 24-km loop on both sides of Lac Témiscouata. Several other trails are offered in the park so that the whole family can stretch their legs.

Cycle peacefully through various habitats without cars or traffic lights to get in your way. Stretching for 30 km, the paths of Petite Presqu'île, Grande Presqu'île, and Thurso sector are sure to enchant you. You can also explore La Carrière path, which connects the two sectors of the park, Presqu’Iles and Thurso. Check with the registration centre before you set off, as portions of the trails may remain closed due to spring flooding. 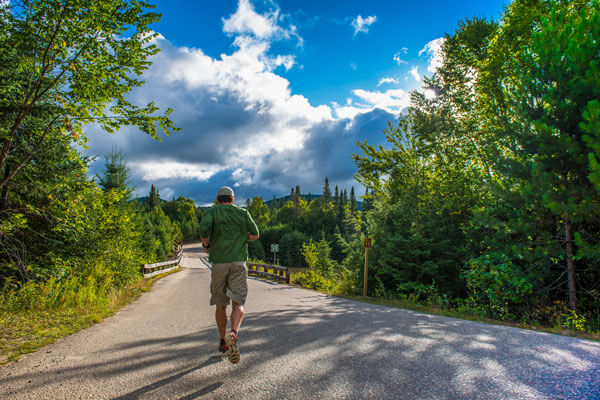 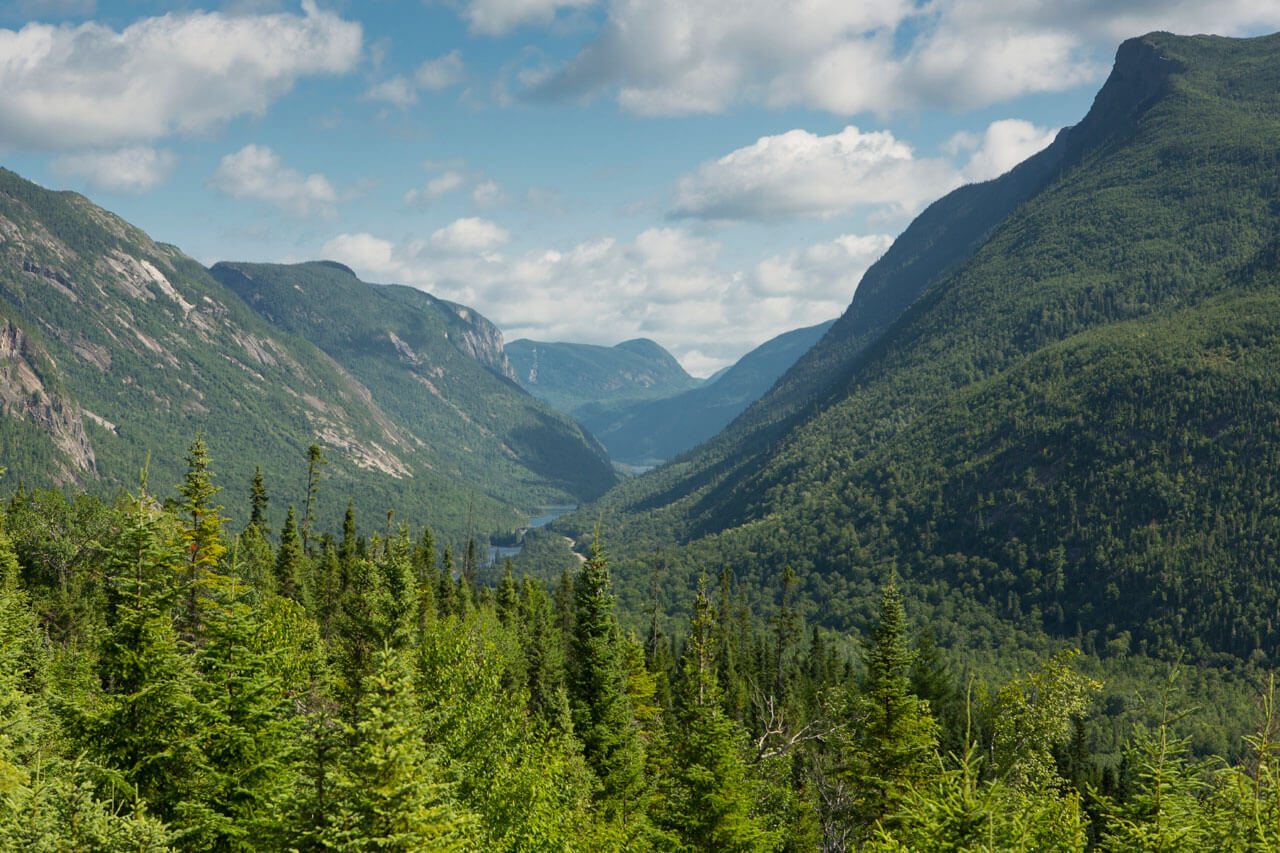 The hidden treasures of national parks