Hare en crapaudine and flambéed giblets over the open fire 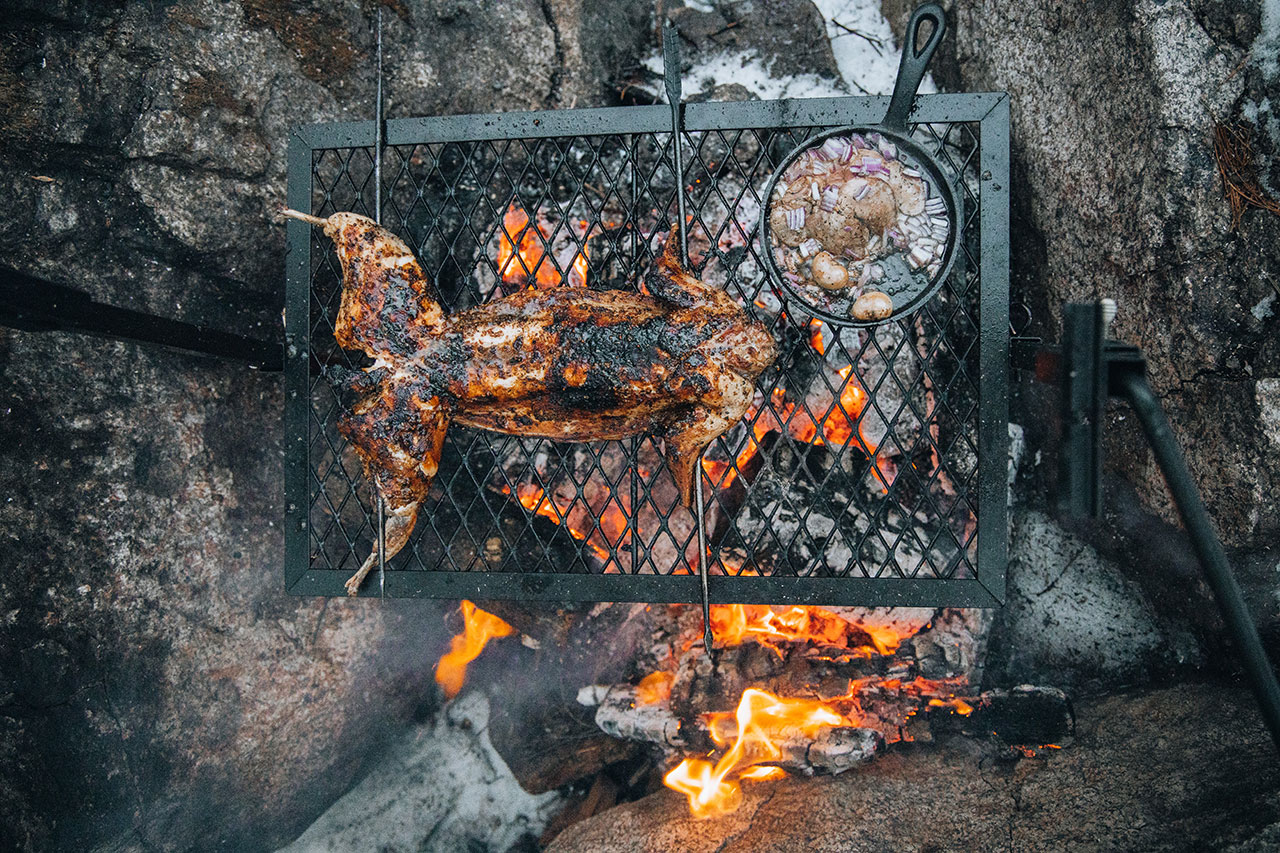 A recipe by Valérie Lacroix

For the hare and the mustard, pine, and maple syrup marinade

*The back is split apart and the hare is flattened down the breast, looking somewhat like a  frog.