Moose hunting no longer has any secrets for Michel Therrien. A renowned professional hunting guide, instructor, and inspirational speaker, Michel shares his knowledge and experiences with passion galore.

In preparation for the impending moose hunting season, he reminds us of the five keys to keep in mind in order to make the most of our next hunting adventure and to bring home some prize antlers.

Sépaq territories are sometimes surprisingly vast, but this should not become a stumbling block. When your sector covers 25, 45, or sometimes even 273.3 km² of various habitats, like Réserve faunique La Vérendrye, you must plan in advance and do your homework, just as you would when seeking to identify brook trout or walleye pools in a big lake. My first reflex isn’t to identify flagship sectors but to eliminate from the onset all sectors that don’t cut the mustard based on my hunting dates.

By referring to the legend of the map offered by Sépaq, I can set aside sectors with a rugged topography from the word go. It’s by analyzing the master contour lines and the intermediate contour lines that you’ll be able to pull this off.

Subsequently, it's important to remember that only rarely will you encounter moose communities grouped near a main, secondary, or even tertiary road. Therefore targeting habitats located within a kilometre of this kind of road is not recommended. However, forest paths are to be considered and especially don't overlook those that are more closed. Experience has taught me that they often lead to habitats that prove to be little hidden treasures. The most peaceful habitats, such as small bogs right in the middle of the woods, are to be considered, as are mountain plateaus. If you use the Avenza maps app, everything on your map featuring habitats will appear on your smartphone as a mobile point that moves on the screen. The principles of forest orientation have been revolutionized, so you might as well take advantage!

In fall, moose already have a coat that prepares them for winter, so they avoid excessive exposure to heat and direct sunlight.

By highlighting the principle of thermoregulation, a process designed to return a body to homeostasis, science recognizes that moose constantly seek shelter when it’s too hot, i.e. when the mercury oscillates above 16, 18 and, of course, 20 degrees. In fact, they'll look for shade and for habitats that I call air-conditioned areas for moose, metaphorically speaking of course. Consequently, they'll seek refuge in fairly specific types of forests with sun and heat shields around and above them.

In short, when it’s hotter and shortly after eating, during the night and early in the morning, they'll gravitate to places where their metabolism will feel a certain coolness effect. Under these conditions, at the beginning of hunting season and sometimes even at mid-season, enclaves of coniferous and mixed forests over 30 years old with interior coulees (intermittent stream = additional freshness) will have to be remembered and even pencilled in with a big X on your map. In both cases of forests older than 30 years (mixed, coniferous), these sectors will become more flagship habitats if recent cuts of 10 years or less have been strategically grafted around them.

So you’ll be hunting where the moose have plenty of food, near a protective shelter (that coveted freshness), and be right in areas that these creatures really appreciate.

Once the habitats are well studied and targeted, our intrepid hunter(s) must plan hunting offensives likely to help them encounter moose.

First of all, you always have to verify the direction of the wind for each of the habitats targeted. At the beginning of your stay, the attendant at the registration centre will often provide a printed sheet with the weather forecast for your trip. While it’s important to look at the temperature, what’s just as important, if not more so, is the strength and direction of the winds. Once its direction is identified, you’ll need to establish ambush or hunting sites based on what you’ve learned about the wind. One thing’s for sure, you must never have the wind at your back!

Before getting into position or setting off on foot, I suggest making strategic use of balsam fir or spruce sap as a spray to conceal your odours with what’s found in a real moose habitat.

It’s also important to know how you’ll deploy members of your team on the ground. Should you cover a moose habitat alone, as a pair, or even as a team? In this regard, one of my favourite techniques consists of setting up at a location that’s favourable for the call while ambushing interceptor hunters around me. When the male approaches, he focuses on the calls and doesn’t suspect that one of the stationary hunters will intercept him on his way… and that’s often a key to success.

Otherwise, when the territories are vast, I love to devise strategic hunting circuits by moving like a moose through and among the habitats previously studied and by making the right calls.

What an incredible opportunity we have to be able to confront such chatty big game, and to savour that feeling when we communicate directly with them thanks to our very own skills.

When it comes to moose vocalizations, some hunters often turn too readily toward electronic technologies due to a lack of confidence, but especially to a lack of practice. They act without always finding out whether their own vocal skills might be more diverse and representative of the varied sounds that moose make.

Short calls to make contact as well as snorts (moose expelling air from their nostrils) are very common among these creatures all-year round. So no need to worry about whether such calls will do the trick; they’re spot on regardless of your hunting dates. These are very effective calls to imitate, but above all, relatively easy to master, and there are, in Quebec, educational tools (such as an audio CD) to better understand and even practice the vast array of calls from the realm of the moose.

As the vocal hunter moves around a moose habitat, this type of call will frequently destabilize the moose, who find themselves “teleguided” directly toward the hunters. The best virtuosos of the horn often find themselves in the positive column of moose hunting statistics. In this regard, the more cavernous male call can be mastered properly with a sturdy and thick calling horn made of bark, because the more tenor and baritone the sound sought, the better it will be projected using this historical “tool.”

When you discover what I like to call buck gyms, i.e. sectors abounding with new signs of rubbing, this type of call will often pay surprising dividends. The call is also the most stimulating and provocative of all when approaching a male with territorial instincts or accompanied by a female.

Finally, mastering the plaintive female call is a must, but you have to be methodical about it. Contrary to popular belief, the heartsick calls of a female in heat aren’t as long and exaggerated as you might think. A succession of 3 or 4 short calls lasting 0.9 to 3 seconds at various strategic intervals will be much more effective than long and very noisy monotonous calls lasting around 10 seconds. Speaking like a moose with all the subtleties that this exercise entails is an art that can be learned much faster than you’d expect. Why not give it a try?

5. Knowing your weapon inside out

A terrible memory to bring home is of the moose that got away, or worse still, of a wounded moose that was never found. In most scenarios involving this type of outcome, it's the hunter who’s to blame and the most likely causes will be

Ideally, hunters who are concerned and conscientious regarding their shot should practice before the hunt for a certain period of time, not only while seated on a firing table with the barrel resting on a sandbag. The practicing hunter must shoot from an upright position with or without support, on one knee, and while adopting stances likely to represent what will be experienced while hunting.

With regard to equipment, some shotgun bullets will work much better with your weapon than others; that’s why tests and trials need to be carried out. In fact, the more you shoot, the more you’ll develop a symbiotic relationship with the weapon, which normally should become your best friend during a hunting trip.

If you're mature enough to admit that you're a little afraid of your weapon, then it’s time to make changes to rectify the situation.

If an animal appears to have been struck (even in the absence of any apparent blood), please note that Sépaq offers an invaluable service: bloodhounds and their handlers to help you track down the creature.

I hope that my advice will help you succeed during your next hunting adventure. I wish you a good start to the season! 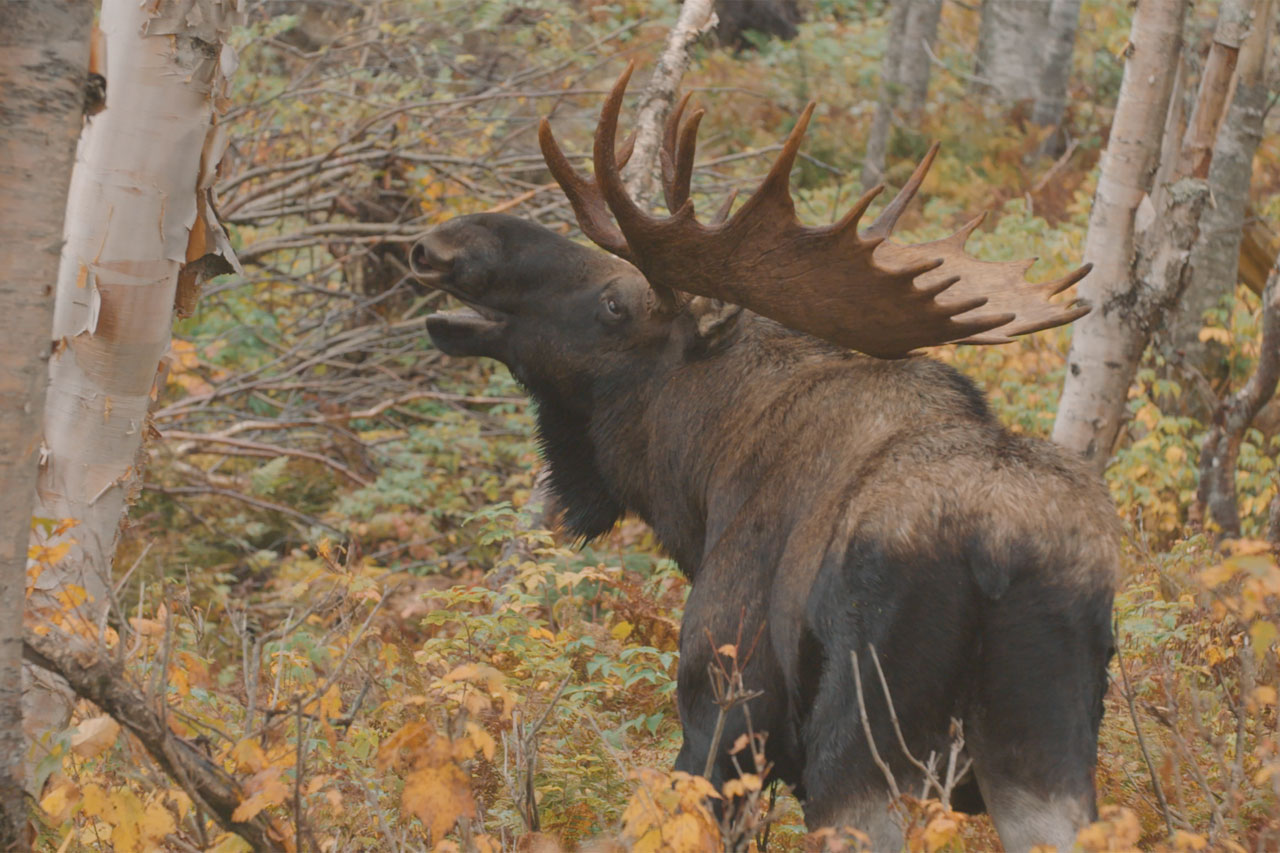 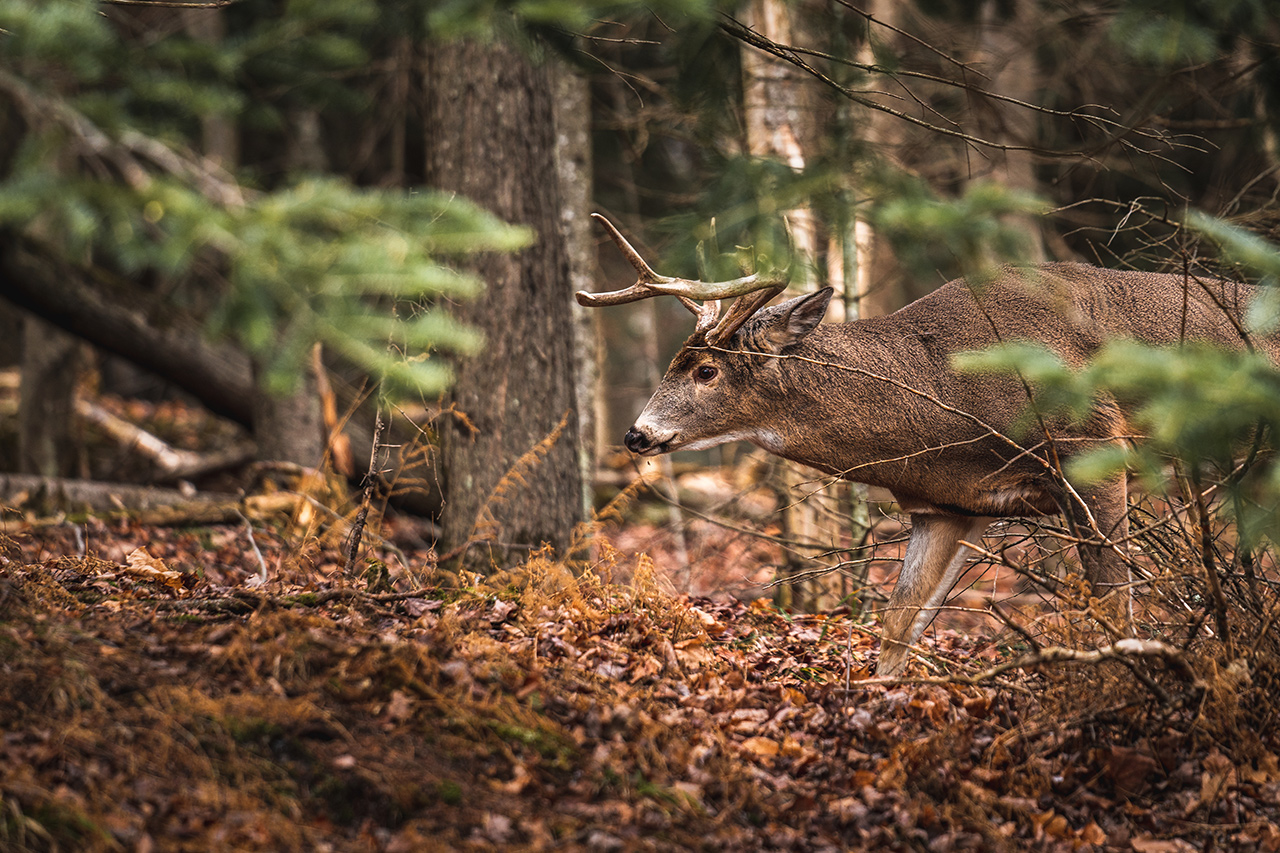 How to outsmart the deer?